In many ways, Google’s featured snippets are the holy grail – at least as far as positioning on the search engine results pages (SERPs) is concerned. Landing content here is better than first prize: Many SEO experts go so far as to call the featured snippet box “position zero” because it appears above the number-one spot.

Up until now, the challenge of optimizing for featured snippets has been something of a mystery. But thanks to a recent study by SEMrush and Brado, that’s all about to change. Over several years, they analyzed the featured snippets of 1 million random SERPs to find correlations between pages that earned this top spot. Well, the results are in, and they’re eye-opening:

The study also found that the industries with the highest volume of featured snippets are travel, computer and electronics, art and entertainment and science.

This information is invaluable because the new data makes it possible to optimize specifically for featured snippets. A few simple things you can do right now to create content that’s more likely to feature in a snippet include:

These concrete, data-driven tips and insights are an SEO game-changer, and make reaching the promised land of the featured snippet box an actionable exercise for the first time.

Now is a Good Time to Check the Settings on Your Auto Applied Recommendations Dashboard: Back in early 2019, Google announced its Ads reps would make changes to advertiser accounts if advertisers didn’t opt-out. In a recent blog post, SEO consultant Lior Krolewicz wrote about finding unfamiliar keywords causing gross overspending in a client’s campaign. Krolewicz realized the client account had opted into the “Maximum Impact” setting on their Auto Applied Recommendations dashboard, and that as a result, Google had added several keywords. Worse still, auto-applied changes like these don’t show up in Google Ads change history logs, so if you’re an advertiser or agency owner, it’s a good idea to double-check your settings and make sure a Google rep isn’t running your campaign.

Instagram Has Made It Possible to Search by Keyword: Hashtags no more! For the first time, Instagram is letting users find content using keywords. There are still many questions yet to be answered: Can the algorithm understand synonyms, or is it an exercise in exact-match? Does it include image recognition? And how much machine learning is involved? We don’t know much right now, but this news is still incredibly exciting for marketers because it’s looking like this new algorithm will bring about the potential for Instagram SEO. The social media app could soon have its own set of ranking factors – and that will change the Instagram marketing game completely.

Martin Splitt Has Fully Unpacked Passage Ranking: If you were worried about the impact passage ranking will have on your website, you’ll be relieved to know that a business-as-usual approach is highly recommended. Splitt, who was adamant that “passage indexing” should instead be referred to as “passage ranking,” said in a webinar with Cindy Krum, Bartosz Góralewicz and Tomek Rudzki that the change is purely internal. Web owners don’t need to make changes to any pages to prepare. He added that there are no specific guidelines for the length of a text to be considered a “passage.” The full video is almost an hour long, and it’s well worth a watch to get fully to grips with passage ranking.

Google’s Disavow Link Tool Has Moved: Alert! Alert! Google announced that it has migrated the disavow links tool from the old Search Console to the new Search Console. But it’s more than just a move – it’s also undergone a bit of a refresh. The interface has been updated, disavow files can be downloaded as text files and error reports for uploaded files are no longer limited to 10 errors. The disavow tool has been popular among SEOs since its introduction to Search Console in 2012, so keeping up with these small changes is vital.

It Looks Like Google’s Testing Subcategories in Search Results: With a new announcement virtually every day, Google has been extremely busy lately and seems to have some big plans for the SERPs 2021. Aside from passage ranking, mobile-first indexing and a Page Experience update, it’s very possible Google is also testing new subcategory tabs. This was first picked up by SEMrush, who posted a screenshot on Twitter of what looked suspiciously like a SERP test. SEOs agree this is something not seen before, but whether or not they like it is a different story. 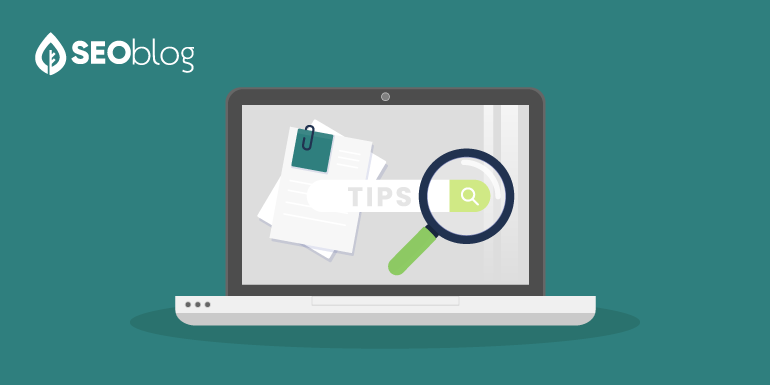 SEO News You Can Use: Save the (Official) Date For Google’s Mobile-First Indexing

SEO for Startups: How to Grow Your New Business

7 SEO Tips To Get Mobile Apps Ranked In SERPs